In February 2018, timed to build upon the December 2017 fact-finding mission to the United States by Professor Philip Alston, UN Special Rapporteur on extreme poverty and human rights, Pregnancy Justice co-hosted a discussion of the unique ways in which poverty affects women across the United States. The event, “American Poverty and Gender: Government Control and Neglect of Women Living in Poverty”, examined the intersections of gender, poverty, and race, with a particular focus on how state surveillance, punishment, and limited access to health care impact the human rights of women.

This event featured an opening keynote from Dr. Khiara Bridges, author of "The Poverty of Privacy Rights" and Pregnancy Justice Board member, which was followed by a panel discussion among a panel of experts on issues ranging from reproductive justice, maternal care and heath, the child welfare system, and criminalization.

The video recording from this event is now available online. You can access it here.

Additionally, Pregnancy Justice’s contributions are highlighted in the recently published (June 2018) United Nations Report of the Special Rapporteur on extreme poverty and human rights on his mission to the US. The report stresses the need to address gender inequality in the United States, including the improper treatment of pregnant and parenting women.

In preparation for his visit, Pregnancy Justice and allies provided written submissions highlighting the intersection of gender and poverty and the impact of U.S. policies on the human rights of women. The final report includes a section on gender, concluding that women experience “the burdens of poverty in particularly harsh ways” and citing directly to Pregnancy Justice’s submission on the child welfare system. Click here for the full report. 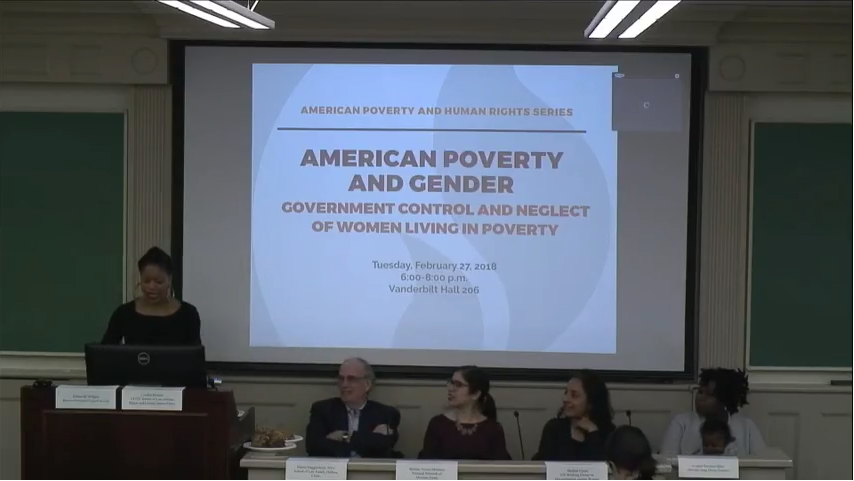